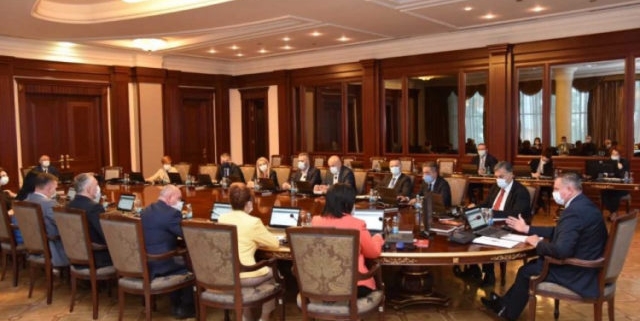 The Republika Srpska Government yesterday adopted the Employment Action Plan for 2020 the implementation of which will cost BAM 10,928,106 and will create jobs for 2,209 persons.

The implementation of various programs has been proposed to implement the Plan, including the support to employment and self-employment, which pertains to children of fallen soldiers, military war invalids and demobilized soldiers of the Republika Srpska Army through the project called “Together to Employment.”

“This is the continuation of efforts to create jobs for veterans as past projects produced significant results. BAM one million has been provided for the creation of jobs for 190 people from this category,” says a press release from the Republika Srpska Government’s Public Relations Office issued after Government meeting.

The second program pertains to the support to partnership in implementing active employment and self-employment policies with local communities through joining funds for the creation of new jobs.

“This measure is included in the Employment Action Plan for the first time with a view to having local government units join funds and get involved, together with the Ministry and the Employment Bureau, in the implementation of active employment measures that are aimed at increasing the employment rate in Republika Srpska. BAM 200,000 is planned for the implementation of this measure,” says the press release.

The Government says that one of the programs pertains to the support of having young people with university degrees and with secondary school education employed as interns, where children of fallen soldiers are included.

BAM four million is planned for the implementation of this measure, of which the amount BAM 3,696,619 will be allocated to finance internships for university graduates.

The program calls for the employment of a total of 615 persons without work experience.

The Action Plan also stipulates a training program, additional education program, and retraining, for the needs of employers, for which purpose BAM 199,500 has been provided, and the program will include a total of 104 persons who will undergo these programs.

The Plan also stipulates a program in support of the employment and self-employment of target categories and it pertains to unemployed persons older than 40, women victims of domestic violence, women victims of war torture, women in rural areas, and wards of children’s homes who completed their education.

“BAM 5,275,000 has been provided for the implementation of this measure, and it stipulates jobs for 1,261 persons – 1,030 persons are planned to be employed and 231 to be self-employed,” says the press release.

The Action Plan also includes the support to the employment of Roma in Republika Srpska in 2020, for which purpose BAM 230,597 is planned, and 39 persons are planned to be employed.

The Minister of Economy and Entrepreneurship visited Novi Grad’s textile...
Scroll to top